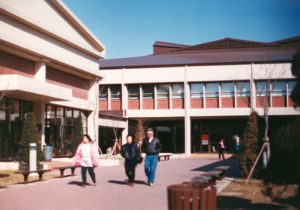 August 28, 1995 marks the opening day of the new high school on Osan Air Force Base in Korea. Previously, American dependents riding buses to Seoul High were spending three and four hours in traffic, so the Korean government agreed to build a new high school at their expense. Many of us on the new faculty were returning from yearlong leaves of absence.

The new building was a teacher’s dream.  Each classroom had its own television monitor, video machine, computer and laser printer, Class C (military only) telephone, a lockable coat closet for the teacher, white dry-erase boards, and new furniture unmarred by ink marks or chewing gum.

END_OF_DOCUMENT_TOKEN_TO_BE_REPLACED 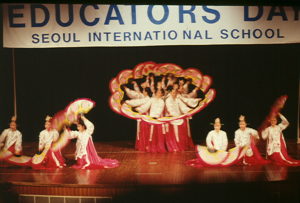 It was bound to happen in 1993 as the Department of Defense implemented a world-wide drawdown. My French position was RiF’ed in the Azores and I was given the option of going to Korea or leaving the system.

At that time, the city of 4 million in central Korea where I was assigned was called Taegu.  A few years later, it was renamed on English maps as Daegu. The Army occupied three camps:  Walker for support, Henry for administration, and George for housing and the schools. One principal served both the elementary and high school students. She catered to the little ones by filling her office with stuffed animals.