The American Overseas Schools Archives (AOSA) were started at Northern Arizona University (NAU) in 1989 by Dr Eugene Hughes, President and Dr. Thomas Drysdale, an adjunct professor who had been a principal, superintendent and area director of the American schools abroad serving military families. NAU took this on when schools overseas started to close following the fall of the Soviet Union and the changes in the mission of the U.S. military. By 1994 the space allotted for the archives was totally full, and the new president of NAU said the university needed the space for its own expansion. When Dr. Drysdale took over the archives from Northern Arizona University in 1995, he formed the American Overseas Schools Historical Society (AOSHS) and submitted paperwork to become a 501(c)(3) non-profit organization in AZ in that same year. 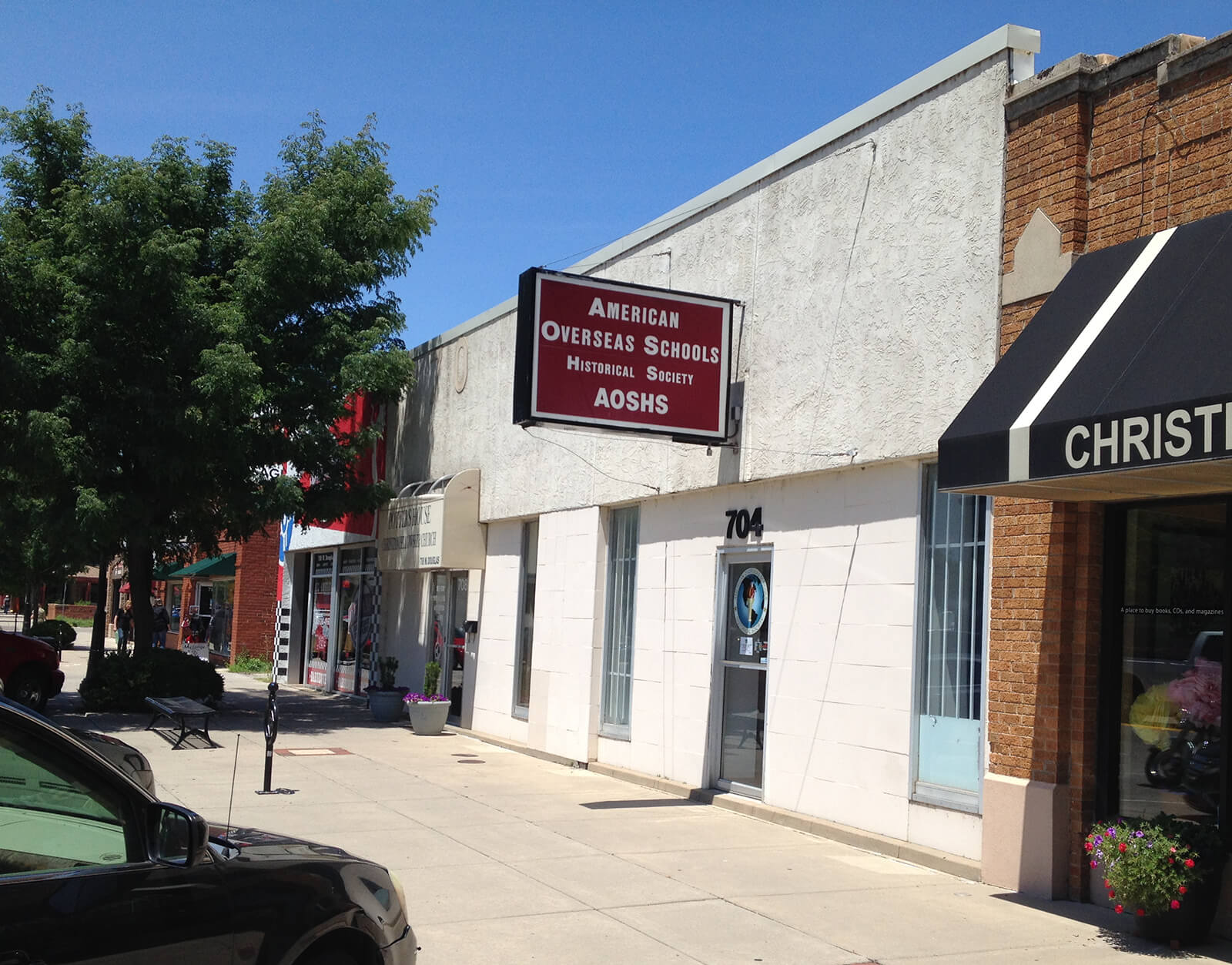 A board was formed of former educators and spent three years looking for a location to establish the archives and set up a museum. Several sites were considered, among them were:

We ended up in Wichita because Dr. Eugene Hughes, who with Tom Drysdale created the archives at NAU in 1989, was now president at Wichita State University and encouraged the mayor to invite AOSHS. Several of AOSHS members went to visit, the mayor had a luncheon and invited city leaders to meet us, and they offered us the site in the Museums on the River District for a nominal cost. 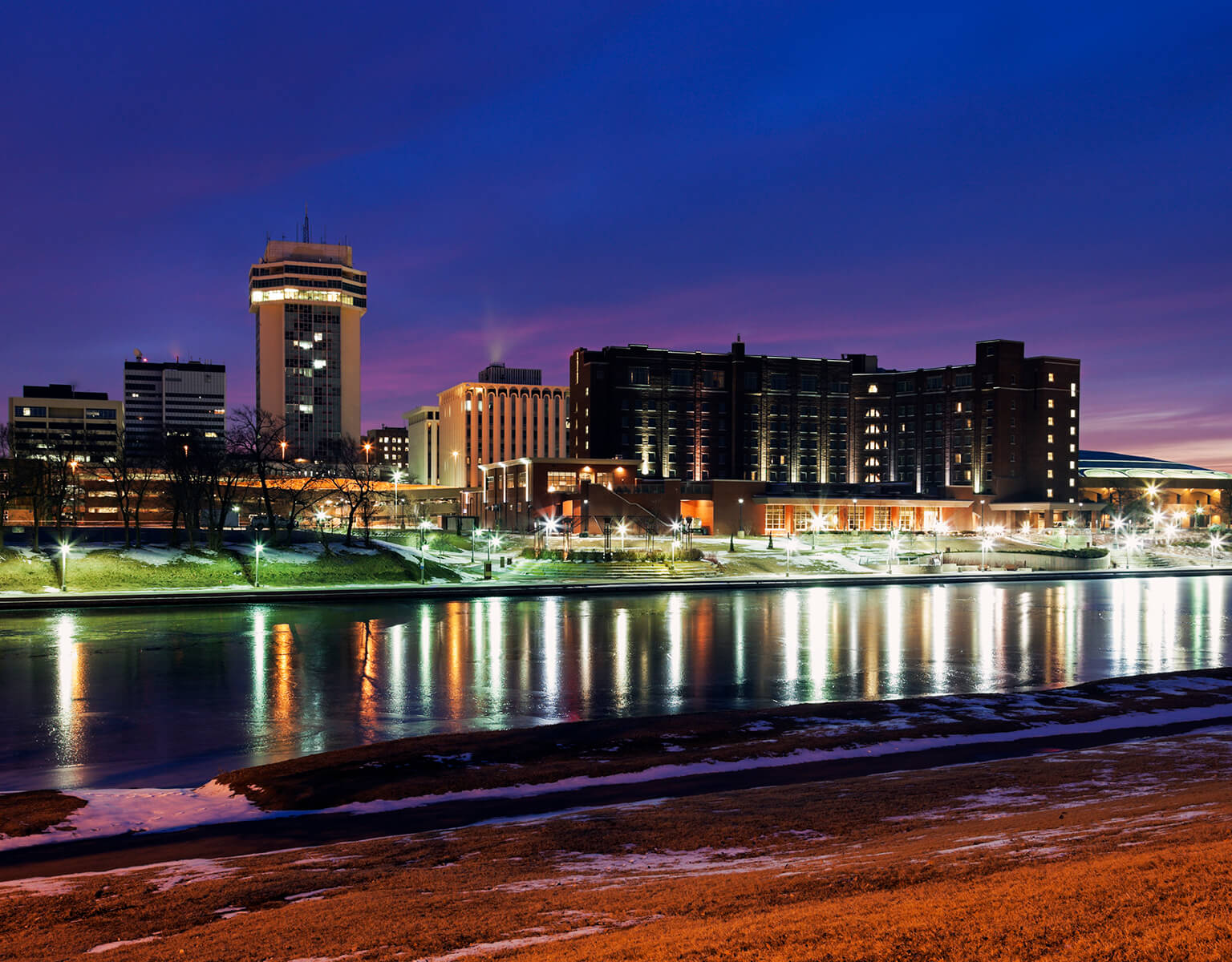 The site sat over a concrete reservoir which we were assured would support a building. At the DoDDS reunion in Minneapolis in 1998 the membership was asked to vote on a couple of different proposals and Wichita was selected due to the city’s generous offer.

Tom and Norma Drysdale, who lived in Goodyear, AZ, then purchased a second home, a condo in Wichita, to establish an office. The archives were moved from Goodyear to a condemned facility in Wichita which was currently also housing a sub-station of the city police department. Because the police department occupied the building, the city covered the utilities, so there were no charges to AOSHS.

Tom Drysdale met many of the business people and also several of the politicians, both state and Federal, who were instrumental in the city. It was hoped at the time that some congressional funding might be possible since AOSHS was representing a government funded school system.

He had an appointment to meet with one of them in late Sept. 2001, but when 9/11 occurred, the meeting was canceled. 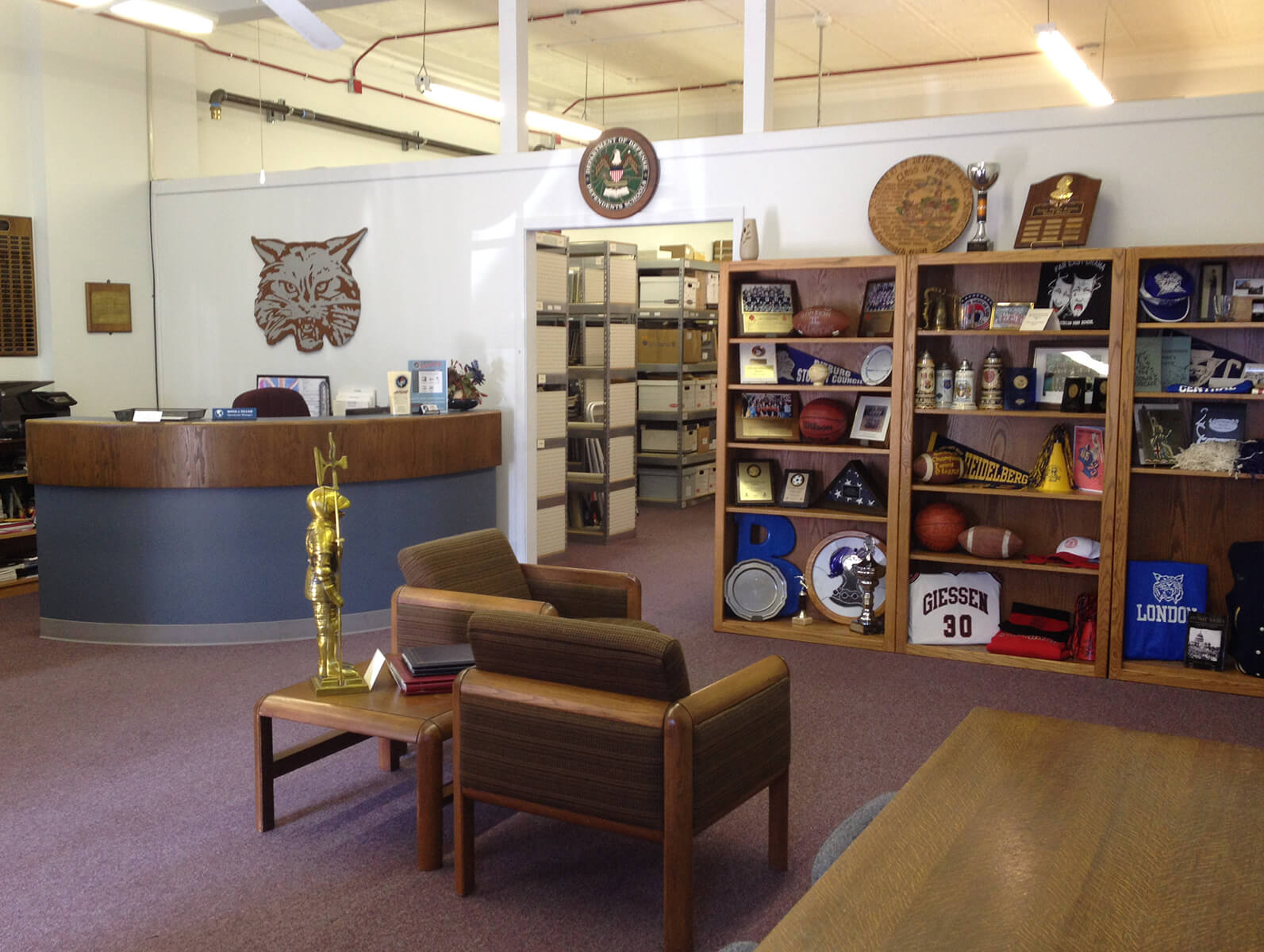 Ann Bamberger became president in August 2002, and decided over the next year that we had to move the AOSHS office out of the Drysdale’s basement in Wichita. The board agreed with the plan to 1) move our status as a non-profit from AZ to KS, and 2) rent an office space to gain name recognition and take AOSHS out of the “mom and pop” status it seemed to have taken on.

Meanwhile in Wichita some events were occurring regarding the building site for the museum. It was determined that the site was not viable for the museum structure and the land was eventually returned to the city.

In March of 2004, Tom, Ann and Jan Mohr, who served as president of the Federal Education Association (FEA), were in D.C. and had three appointments on “The Hill”. They met with a representative of Senator Pat Roberts of Kansas, a representative of Senator Sam Brownback of Kansas and we met directly with congressman Todd Tiahrt, whose district included Wichita. The AOSHS delegation got the, “Very nice, but don’t hold your breath.” feeling from the senators’ representatives. Tiahrt was friendly and very supportive and we hoped might put forward a bill for some funding. Obviously other things got in the way and nothing resulted from our efforts.

In April 2004 AOSHS officers signed a year’s lease for an office in Wichita and moved in May 2004. Also, at this time, the archives were moved to the new office as the building where they were stored was ready to be demolished. The next issue of the Quarterly featured the office opening. 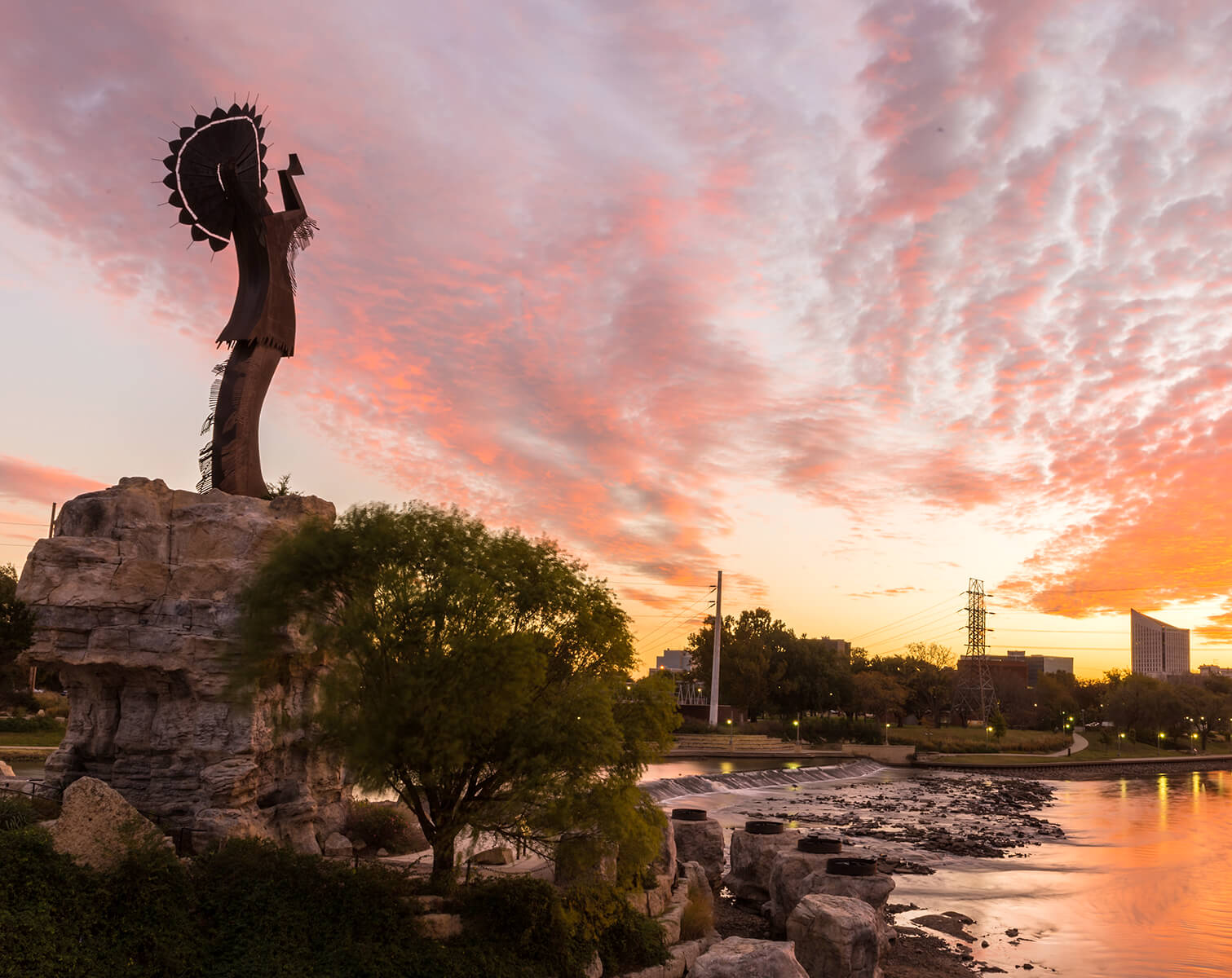 About six months later, knowing that the site on the river was not viable, the board decided to buy a property rather than spend money on rent. The board gave a realtor our budget and as he found properties our two board members living in Wichita went to see them to determine their suitability. We had about four or five NO decisions before they saw the property at 704 and 708 West Douglas, the two units being sold as one property. Tom and Ann flew to Wichita to see the property and decided the location was good and the interior could be reconfigured to meet our needs. It also gave us a unit to use as a rental for income until it might be used by us one day. Ann signed the paperwork in January 2005 and the next issue of the Quarterly detailed that information.

Over the next several months the interior of 704 was redone, putting up a wall to separate the office and small display area from the archive storage area, painting, acquiring new furniture, etc. In April the furniture, supplies and archives were moved from the rental property to the current office. On April 29, 2005 we held the ribbon cutting ceremony officially opening the office with board members, local AOSHS members and city officials in attendance. The following issue of the Quarterly featured the event.