The American Overseas Schools Historical Society is managed by a volunteer board of directors. Our current board is as follows: 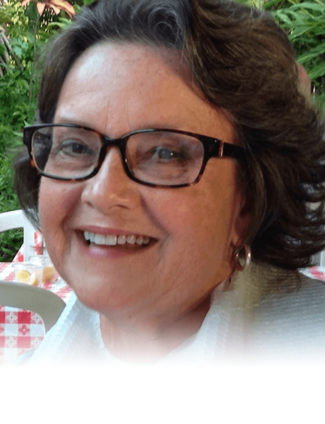 Linda was raised in Granite City, Illinois, a town just across the Mississippi River from St. Louis, Missouri. After high school, she attended Eastern Illinois University. In 1977, she backpacked through Europe and met several DoDDS teachers. Upon returning home, she immediately applied to DoDDS. At that time, Linda was an active member of the Granite City Business and Professional Women’s Club (BPW). An avid speaker, Linda won the organization’s “Speak Off” and went on to win the Illinois BPW “Speak Off” competition. Shortly before departing for Germany and being hired by DoDDS, Linda won the National BPW Speak Off in San Juan, Puerto Rico.

Linda worked with DoDDS from 1978-2010. During her three decades of work with DoDDS, she worked in Germany, Bahrain, mainland Japan, Okinawa, and Guam. Linda earned a Master’s Degree from the University of South Florida, taught English and Social Studies, served as a Library/Information Specialist, Assistant Principal, and Principal. In the early 1990’s, Linda was actively involved with PTA, serving locally on PTA boards, and as European PTSA (ECAPTS) President. She also served on the National PTA Board of Directors.

In 2004, Linda was recognized by the National Association of Secondary School Principals, as DoDEA Principal of the Year. In 2017, Linda was asked to help with updating the AOSHS Membership records and currently serves as Membership Chairperson for AOSHS.

Linda met and married Michael Connelly while working in Germany. They are now retired in Honolulu, Hawaii. One of their annual travel highlights is attending the DoDDS Reunion, where they reconnect with friends…and make new ones! 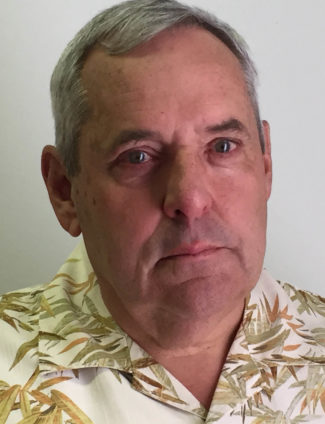 Doug’s first DoDDS assignment was Assistant Principal of Nuernberg American High School (1985-1987). Subsequently, he became principal of Fulda American High School (1987), Hanau AHS (1989), and Ramstein AHS (1990-1995). For the 1995-1996 school year, Doug moved to DoDDS-Italy as Assistant Superintendent. In 1996, Kelsey became Superintendent of Schools, DoDDS-Korea until the Fall of 2000 when he took the same position for the Okinawa School System. Doug remained there until 2002, when he became Deputy Director of Education for Domestic Dependent Elementary and Secondary Schools (DDESS). In October 2003, he was promoted to Deputy Director, DDESS.

Mr. Kelsey was selected as the Associate Director for Extended Learning in Department of Defense Education Activity’s (DoDEA) Educational Partnership Directorate (2007). He was appointed the Interim Superintendent, DoDDS-Korea, October 2008 to September 2009. Doug retired from DoDEA in January 2010.

Immediately following his DoDDS retirement, Doug served as the School Support Specialist for IMCOM-Pacific until retiring in January 2016. This meant that the School Liaison Officers at the US Army Pacific Command (USARPAC) AOR installations collaborated and coordinated all activities with him to effectively serve all Army families with school-age children in the Pacific. 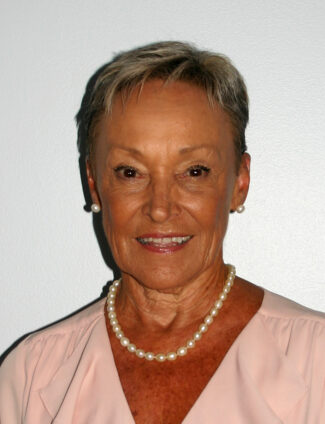 At the above-school level, Ms. Brown served in the DoDDS-Europe Area Office as a Supervisory Education Specialist for four years, was the Community Superintendent of Fort Campbell Schools for four years, and the Okinawa District Superintendent for four years. Before leaving the Pacific Area for DoDEA Headquarters, she was asked to serve as the Acting Director of DoDEA Pacific for a year.

She retired to her native South Carolina where she and her husband enjoy the low country lifestyle and are active in several community service organizations. Their son and daughter-in-law are both proud graduates of DoDEA. 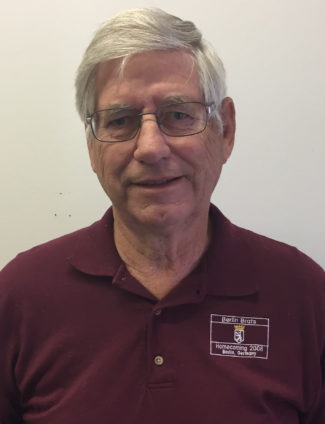 Ron was raised in Kansas and graduated from Kansas State University in 1968. He joined the Air Force and his first assignment was in Berlin, Germany. He and his wife, Glenna, were stationed there for 3 years before returning to the states in 1972. Glenna taught for 2½ years in the Berlin American High School and Ron was assistant basketball coach for the 1971-72 season.

After returning to the states, Ron worked in Missouri and Illinois before returning to Wichita, Kansas. After retiring in 2011 Ron was called to work at the AOSHS office as an Archivist and has improved both the physical appearance of the building and accomplished the daunting task of organizing the storage of many AOSHS archive boxes. Glenna also volunteered her time to assist in the inventorying of the boxes.

Ron and Glenna now reside in Manhattan, Kansas, and Ron serves as Treasurer for the organization. He also works remotely to input box inventories into AOSHS office records. 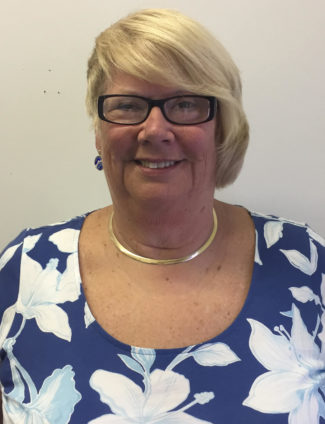 Rebecca, a native of Maryland, had over thirty-three years with DoDDS. She began her career in Spangdahlem, Germany and retired while working at the Mediterranean District Superintendent’s Office in Vicenza, Italy. She taught at eight different locations and served in three district offices. Although her first love is teaching mathematics, Rebecca also taught middle school science, social studies, and even conducted a seminar class on cardboard carpentry.

During her career, Ms. Dunn was a school administrator in all configurations from K-8 to high schools and a district level liaison for mathematics and school improvement. Some might say she couldn’t keep a job, but Rebecca would say she was always looking for a new challenge!

Upon retiring, she taught GED classes at a prison near her home in Salisbury, Maryland. Rebecca is honored to serve as AOSHS’s Historian, looks forward to new challenges, and is happy to work with DoDEA colleagues again. 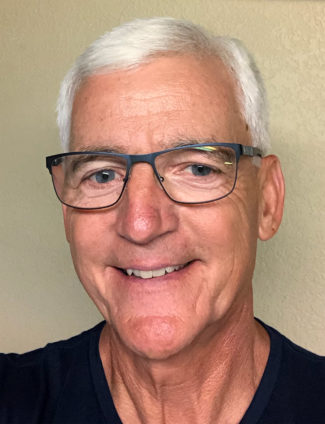 Elementary Education was the primary focus of Joel’s career as he received his Bachelor’s degree from Iowa State University and continued to gain his Master’s degree from ISU in Elementary Administration.  Joel began teaching as an elementary teacher in DeWitt, Iowa (1977-1984) and joined DoDDS (resulting from a conversation with his Army brother) in 1984 teaching at Sigonella Naval Air Station as an elementary and high school science teacher (1984-1994).  He and his family transferred to Aviano Air Force Base where he began his role in administration (1994-1999).  Joel continued as a Principal at West Point (1999-2003), Community Superintendent at Fort Bragg (2003-2005), Education Chief in DDESS (2005-2008) and multiple leadership assignments at DoDEA HQ in Education and Policy (2008-2014).

Joel and his wife, Vicki, retired in 2014 to their ‘BreezyPoint’ Farm in Iowa and now manages its twenty acres plus Vicki’s family farm of 460 acres. They have three children, Jamey (Julie), Andy (Kelly), and Abby (Ross).  Grandchildren Ella, Benjamin, Millie, and Hugo keep them busy traveling to locations around the globe and hosting them on the farm.  Due to the influence of DoDEA life, travel is a major activity with many new places to visit in the U.S. and around the world. 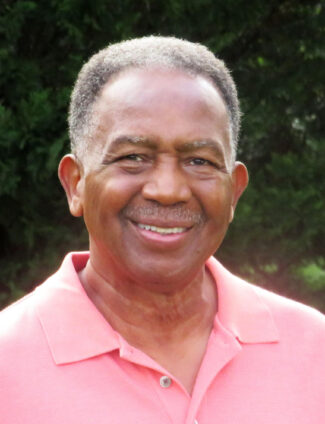 A native Kentuckian, Allen’s undergraduate degree was earned from Kentucky State University, Frankfort, Kentucky, and his master’s from Spaulding University, Louisville, Kentucky. In 1972 Allen left his teaching position in Louisville and joined DoDDS as a teacher at Zweibruecken Elementary School # 1, Zweibruecken, Germany. In 1975, he was assigned to the position of Teacher Assistant Principal of the school. Allen later served as Principal of a small school in Zweibruecken (1978-1981), Assistant Principal of Kaiserslautern Elementary #1 (1981-1983) and in 1983, coming full circle, returned to Zweibruecken Elementary #1, (later renamed Kreuzberg Elementary) as Principal. He assumed the position of coordinator for the staff development program, The Study of Teaching, DoDDS-North Germany Regional Office in 1990.

Allen and his wife Connie reside in Spotsylvania County, VA (Fredericksburg). She is retired from her position in the Logistics Division, DoDEA. Their daughters are DoDDS graduates: Nicole (Zweibruecken HS) and Jaclynn (Kaiserslautern HS). 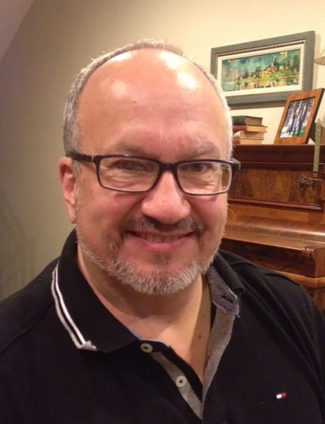 Chris is educator BRAT, born in Heidelberg and then attending Karlsruhe K-12. After graduation from the University of Rochester (NY), Chris served in the Navy as a Supply Officer. His MBA from the College of William and Mary led to a business career in VA, NY, and now in Denver, CO.

While Chris may not have become an educator, his family stays closely tied to educational roots. His father, Al Kyrios, dedicated 40 years of DoDDS service in Berlin, Rochefort, Bremerhaven, Heidelberg, Karlsruhe, and Wiesbaden. Chris’s sister, Lisa, taught at Nurnberg, and Chris’ oldest son, Alex, is a librarian (his other son became a lawyer).

For 30+ years Chris has been active with the Karlsruhe HS Alumni Association, Overseas BRATs, and more recently, with AOSHS. Kyrios has also been involved in Brats Without Borders as well as with producers of the movie, Brats, Our Journey Home. Chris enjoys sharing his “businessman’s point of view” to the board! 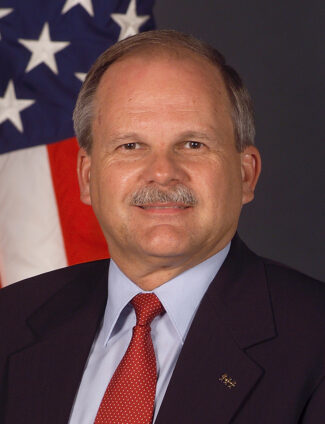 Mr. Roehl is a “military brat,” attending 13 different schools in grades K-12 and experiencing his father’s two unaccompanied tours while his father served in Korea and Vietnam. He served as a US Army commissioned field artillery officer on active duty and in the reserve forces in Germany prior to and during his teaching career. He was a member of the United States Reserve Europe Marksmanship Team representing the US in competitions throughout Europe.

Frank and his wife, Margy, a retired DoDEA teacher and Information Specialist for 46 years, live in Southern Pines, North Carolina. Together, they raised two children who attended DoDEA schools K-12, and both graduated from Heidelberg High School. Brian is working as a government civilian employee at Schofield Barracks, Hawaii. Aileen, recently with the Paul Taylor Dance Company in New York City, is in Stuttgart, Germany with her Navy helicopter pilot husband. 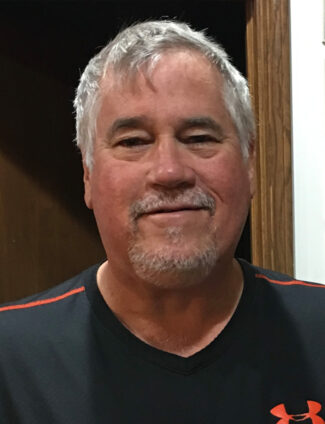 Board member Chris Limes oversees the Remembrance program for the American Overseas Schools Historical Society (AOSHS). He is also the facility manager for AOSHS.

While working at Wiesbaden American High School, Chris was asked to announce a wrestling tournament for the first time. It turns out that Chris had a talent for public address announcing. He began announcing football, wrestling, basketball, and soccer for Wiesbaden earning the nickname, the “Voice of the Warriors”. Eventually, he was asked to announce European sports activities too. After retiring and moving to Wichita, Kansas, Chris has had several opportunities to announce sporting events for the Wichita Public Schools and for the National Junior College Athletic Association. He has done several voice overs for AOSHS including the video that describes AOSHS on the website.

Chris encourages everyone who is traveling near Wichita, Kansas, to stop by AOSHS and check out our museum. He thinks you’ll enjoy the exhibits, and you will see that we really are preserving the legacy of DOD schools worldwide.