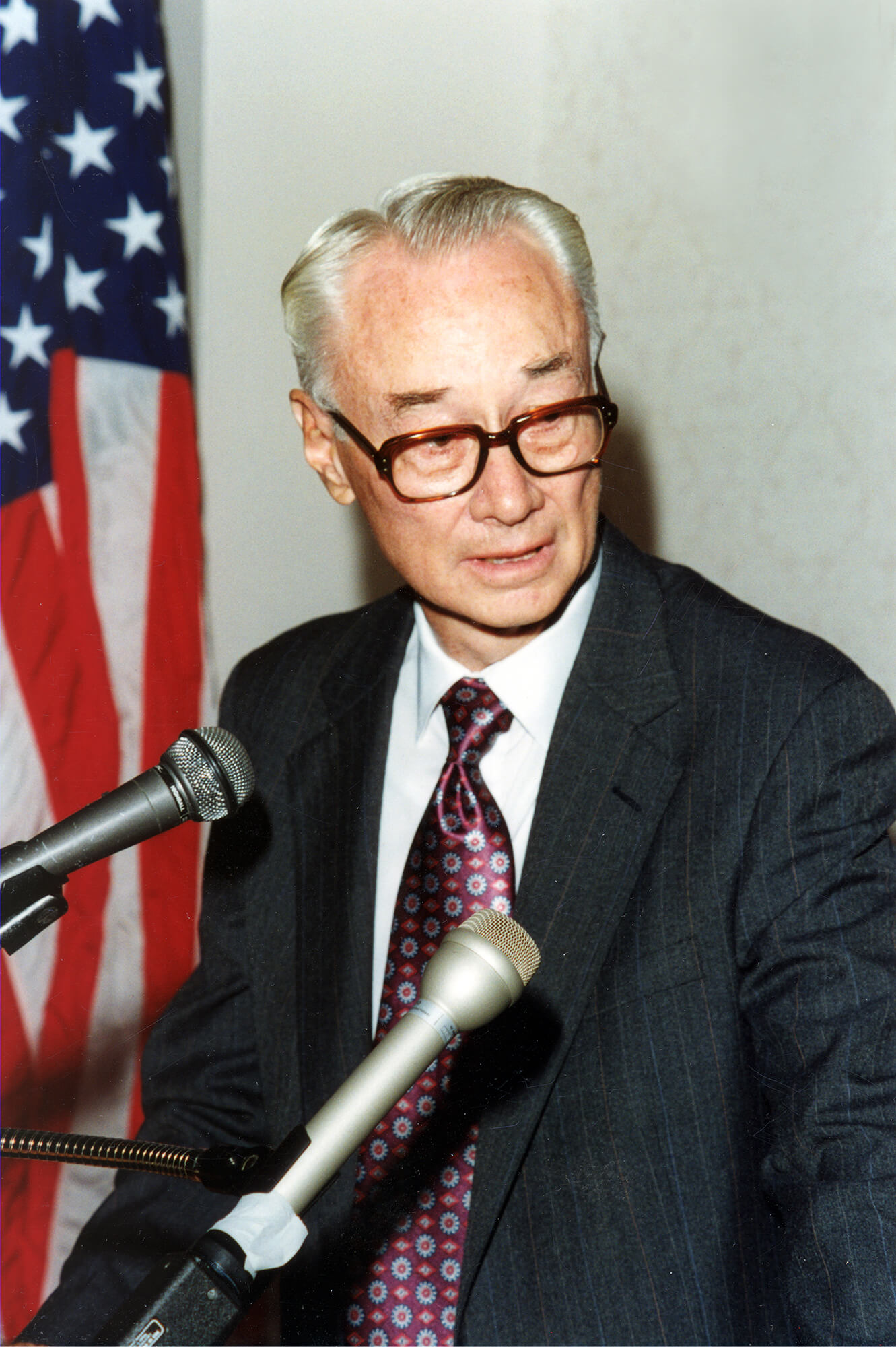 The Legacy of Dr. Drysdale

Dr. Thomas Townsend Drysdale, Jr., a respected Principal and Superintendent in England and Germany and Director of DoDDS Atlantic Region, recognized the need for an organization to preserve the history of the Department of Defense (DoD) overseas schools’ history and maintain their legacies for future generations to come. At stake was the loss of memorabilia, artifacts, and recollections of those schools that had closed. There was also a need to establish protocols for capturing the history of the schools still educating our military children overseas, to include schools opening in the future.

All of this was an effort to preserve the history of the DoDD overseas schools and the legacies of thousands of students, teachers, and administrators who attended or worked at these overseas schools. With the establishment of AOSHS, educational memorabilia and history would stay alive for these former overseas students and teachers. This initiative was imperative in a fast-moving world where pieces of our past are easily forgotten.

Dr. Drysdale’s wisdom and foresight to preserve the past were mirrored in his efforts to capture and preserve the history of schools still educating service members’ children at that time and in the future. He hoped that others would be inspired to take up the unfinished task to preserve these priceless legacies. Dr. Thomas Townsend Drysdale, Jr. created this pathway and left his own imprint on many lives as his own memorial page displays.

by Diana Kempton (friend, Overseas Brat, and former board member of AOSHS)

I first met Tom Drysdale at Joe Condrill’s Overseas Brats Homecoming in 1999 at Covington, KY, when I attended his presentation on the proposed American Overseas Schools Historical Park, complete with architectural renderings and model. I heard of proposals by architectural committee members, AOSHS members, Overseas Brats members, and various Brats who belonged to individual school alumni groups. This white-haired gentleman stood tall and proud as he shared his background of having been a teacher in California, then an overseas school’s principal and superintendent, and later an adjunct professor at Northern Arizona University, working with the overseas schools teaching program.

As he spoke of his vision for a museum and park, a home for people who were teachers, administrators, and/or students at schools around the world–people who felt at home in many places, yet had no singular place to call “home”–his vision became mine. I saw a circle of flags representing all American overseas schools to date waving in the wind, surrounding the open globe metal sculpture.

I envisioned a place to call “home” for those who lived in many more places than I had. I attended the Dept. of Defense schools in West Berlin from 6th grade in 1965-66 through graduation in 1972. Prior to that I’d been in the Accommodation Schools at Ft. Huachuca, Arizona since Kindergarten, attending only one very uncomfortable year at a public school between the two.

I joined AOSHS then and there, and offered my services on the Architectural Committee, which Tom took me up on immediately. Soon I was editing and laying out the Quarterly newsletter, which kept me involved and up to date on everything happening with AOSHS. I was surprised and proud to be named the “AOSHS Volunteer of the Year for 2001” during the dedication week of the AOSHS Historical Park in Wichita, KS, and was even more proud to serve two terms alongside fellow alumni and classmate Jeri Polansky Glass as the first overseas brat alumni on the AOSHS Board of Directors.

From taking on the Archives to founding today’s AOSHS in 1989, Tom was the spearhead of an effort to preserve the history and memories of America’s grand experiment to send military families overseas instead of just those who served, thus showcasing American life and providing their children the highest quality education experience. We owe his memory so much. Without him, we would not be on this path, and much of the memorabilia of the overseas schools experience would be scattered to the wind.

Personally, I have lost a friend, a great mentor and a source of inspiration, not to mention a champion in my career track. Because of Tom, I’m now also an adjunct faculty member of two colleges as well as pursuing some dreams that involve writing and photography, dreams that might have been left on the back burner without his inspiration.

Tom’s wife, Norma, once forwarded me their tongue-in-cheek retirement plans for when Tom turned 85: to take up residence on a Princess Cruise Ship, since the accommodations were far better, and less expensive, than those of senior care facilities. But Tom kept on going, sailing on his own course till the end, working tirelessly to preserve our histories and memorabilia so they may live on in perpetuity. Thanks, Tom. We will keep your dream alive.

I first met Tom Drysdale in 1979 when I became principal at SHAPE High School in Belgium and Tom was director of the Atlantic Region of the DoD schools. He started as my boss, and over the years became my friend. When he retired in 1981 I thought it unlikely that we would meet again, but when I was later assigned as Superintendent of the Heidelberg District in Germany who should pop into my office but Tom Drysdale. It was about 1990 and Tom was an adjunct professor at Northern Arizona University (NAU) and was in Europe supervising student teachers from NAU in DoDDS schools. At that time, he told me about AOSA, the American Overseas Schools Archives, which had been established at NAU in 1989.

Due to the collapse of the Soviet Union, the military mission in Europe had changed and many schools were being closed. Tom and Dr. Eugene Hughes, president of NAU, felt the history of this unique school system was too important to lose, so the archives were established. When the space at NAU became too small, Tom took possession of the materials and the American Overseas Schools Historical Society (AOSHS) was incorporated in 1995. Tom’s dedication to AOSHS and the history of the schools was evident to all. He worked tirelessly to find a home for AOSHS and attempted to get funding for a museum to house memorabilia and artifacts sent in by schools, educators and former students.

Following meetings with Senate staffers and a member of the House of Representatives, he was hoping to receive some Federal funding for the project, but the terrorist attacks on September 11, 2001 brought a halt to any such plans. So the museum was put aside and a building was bought in Wichita to house the archives. From being a totally volunteer organization, to having several part-time employees, AOSHS has grown to have a full-time office manager/archive director, and is actively pursuing joining forces with other museums representing military life.

None of this would have been a reality without Thomas Drysdale’s vision and tireless efforts over the past 18 years. There were at one time over 200 schools in Europe; the count in 2013 is 76. The loss of schools in the Pacific is far less, primarily all the schools in the Philippines and a few in Japan. He has left a wonderful legacy that will keep the memory of those schools and the quality of education they provided alive. We have much for which to thank him.

“After retiring from DoDDS in 1992, my wife and I attended our first overseas schools reunion; the summer of 1993. Tom Drysdale organized this reunion in Flagstaff, Arizona. It was in Flagstaff that the idea of beginning a Historical Society for the preservation of visual memorabilia related to all the DoDDS schools since their founding in 1946. Tom was already storing such memorabilia in his garage. Drysdale is truly the Father of the Historical Society. He is responsible for keeping the flame of our Department of Defense Overseas Schools burning. The enthusiasm that Tom and his wife Norma have generated towards the preservation of irreplaceable memorabilia from most of the Department of Defense Overseas Schools throughout the entire world has been, indeed, contagious. Tom will be remembered and revered by so many of us whom he has touched over the years.”
Glynn H. Turquand 1962-1992

“I am a graduate of the Heidelberg High School class of 1952. My father was Post Chaplain of Heidelberg at the time I went to school there. My graduating class was held on the grounds of the Heidelberg Castle and was videotaped for the first time and sent back to the US for our families to see. There is still a website picture of our ceremony. I have recently re-connected with some of my classmates. It is a real treat to relive and reconstruct my life as an Army Brat. I know my Dad and Mother would be just thrilled to know how much this means to me.”
Jane McEldowney Whitney