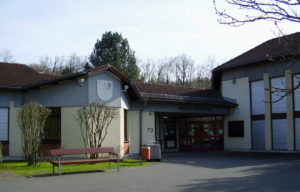 Until after I arrived, I didn’t discover the troublesome relationship between the school and community that existed in Giessen. The NCA report given in early 1998 stated that “there’s plenty of technology,…“discipline is a major concern,…[and] kids have little pride in the school”— facts most of the faculty well knew.  END_OF_DOCUMENT_TOKEN_TO_BE_REPLACED