We were stationed in St. Nazaire, France 1956 through 1958. My dad was the Company Commander of the unit that ran the Army Port facilities in St. Nazaire. We lived in Pornichet about 50 yds from the beach. I attended the two-room school house where the principal taught 5-8 and his wife taught 1-4. We were the first pickup for the Army school bus and the last drop off. That made for a long day, but we didn’t care.

I know we only had two classrooms; 1-4 and 5-8. As I stated before, the Principal taught 5-8 and his wife taught 1-4. One year a girl was going to be the only 7th grader because of transfers, so they skipped her up to the 8th grade. I don’t remember how many students but, we had one school bus that picked up every kid starting at our house in Pornichet and ending up at the school. It was a 44-passenger bus, so that would have been the max number of students. I don’t know if there were any kids whose parents brought them to school.

The school was on post and directly across the street from a French Air Force Base. Planes constantly taking off and landing and we were right in the flight path. It was kind of odd. When we were at recess, we had been indoctrinated to gather around the base of the flag pole in the school yard whenever a plane took off or landed above us.

I’m not positive, but I think the school may have been two Quonset huts linked together. All of the other buildings on post were Quonset huts.

Our school bus was an Army bus driver who was a soldier and he was accompanied by another soldier who was armed, especially toward the end of our tour in 1957 when Americans were not very popular and there were rumblings of having all American bases shut down, which did eventually happen. 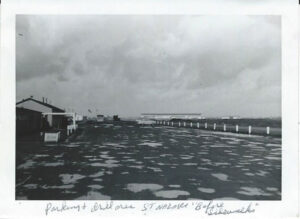 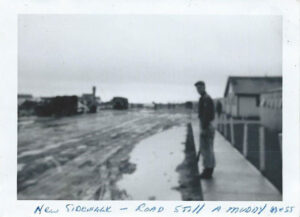