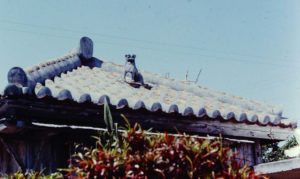 When I transferred from Pacific Middle to Kubasaki High in 1975, I had to adjust to teaching juniors and seniors after six years teaching young teens, grades 7 to 9. It was a refreshing change to work with near adults requiring less constant supervision and guidance.

Junior and Senior English involved composition writing and study of literature. Each Wednesday, the entire English department observed Sustained Silent Reading for the entire period. Students could bring any book or magazine of their choice and most not only made good choices but honestly appreciated the time for uninterrupted reading. The philosophy was that reading enhanced spelling and grammar skills as well as reasoning skills.

I also taught Beginning French to two classes with over forty students in each. It was a challenge to monitor each student’s speaking ability and I relied on writing tests to check vocabulary and grammar learning. Fun cultural activities which I used in later years of my career took place in French Club which many students joined.

Report cards were small in size with four carbon paper pages to tear off for the students to take home each quarter while the quarterly grades came through onto a cardboard back page which became the permanent record. Grade percentages remained the same throughout my career, if I recall correctly, 90-100% = A, 80-89% = B, 70-79% = C, 60-69% = D.

Principal John Weldon urged teachers to make “good news” phone calls to parents and well as calls to resolve problems. It was the best advice I ever took. After making a few calls regarding low grades, tardies, or misbehavior at the end of the day, I would also phone one or two parents to commend work done by their child. I felt better and they were pleasantly surprised, often asking, “Are you sure nothing is wrong?” Students might tell me the next day that their parents had rewarded them in some way, with a financial gift or dinner out.

In the early Seventies, Kubasaki, whose mascot was the Dragons, had an enrollment of over 1000, the largest DoDDS high school at that time. Since it was so large, four intramural sport teams—the Knights, the Warriors, the Eagles, and the Falcons—were organized, and students could choose which one to join or support. Each had their own mascot, colors, and cheerleaders. Football, basketball, soccer, golf, track, wrestling, volleyball—all were available, some even with girls’ teams. Another sport unaffiliated with DoDDS but popular was motorcycle racing, with factory teams coming down from mainland Japan to compete.

A look at the yearbook shows some fashions unique to that era. Most of the guys wore their hair length to below the ear, some to the shoulder, a few with Afros, largely to distinguish themselves from the local Marines and other GIs.  Both girls and guys wore bell-bottom trousers.

Once a year, the school hosted Career Day. Speakers from the military community presented seminars describing their work activities and requirements as well as some hobbies they pursued, and each student signed up to attend several that interested him or her. Some I remember were police work, pilots, construction, and mechanics.

There were also a lot of clubs for students to join. In addition to French club, I co-sponsored Teens for Christ. Meetings included singing, worship, Bible reading, and occasionally showing of movies which included the true life story of Corrie ten Boom, The Hiding Place, and a musical produced by Johnny Cash called The Gospel Road.

John Weldon, principal, strongly supported Christian activities. When the gospel quartet The Haven of Rest came to perform at one of the American churches on island, he invited them to present a “folk concert” to the entire student body. As Truitt Ford, the tenor, sang a simple song, God Loves You, an amazing hush fell over the entire auditorium.

A large percentage of students had Okinawan mothers and many had never been to the United States. I was quietly amused when they might return after a summer trip stateside amazed by the size of our country. One girl exclaimed, “We drove all day and were still in California.”

As with all students in DoDDS schools, parting with friends was usually painful. At the end of the day, the student leaving was laden with flowers and gifts. A tradition at Kubasaki was to present the departee with a “plane letter” which was not to be opened until they were in the air. Some parents would write notes for excused absences to see a friend off at the airport.

I taught two years at Kubasaki before resigning to follow my husband in his Navy career. Each year concluded with an Educators’ Day when teachers could choose to attend seminars on a number of different topics, from financial advice to new teaching practices to recommended travel destinations.

Okinawa was centrally located to travel both north to the mainland or Korea or south to Taiwan, Hong Kong, and Thailand. China was just beginning to open up following President Nixon’s ping-pong diplomacy. Even if we stayed on island, one could walk through the Suicide Cliff memorial, visit the Shuri Castle museum, shop in the “dirty china stores” of Futema or at China Pete’s where he dusted his wares. The Naha open market sold food, clothing, and flowers.  Scuba diving or snorkeling in the Pacific offered amazing sights and the opportunity to collect beautiful seashells. To promote tourism, Japan hosted an international Ocean Expo in the northern region of the island.

The images that many of us carry with us of Okinawa include the “turtleback tombs” in the countryside, the sugar cane harvests of burning fields, the rice spread out to dry along the roadsides, the Buddhist and Shinto shrines tucked among houses with tile rooftops guarded by porcelain Shishi dogs, all surrounded by the sparkling blue waters of the Pacific.

Some of my happiest DoDDS days were spent there. 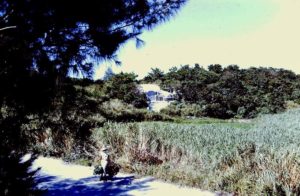 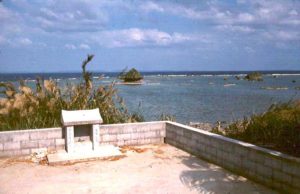