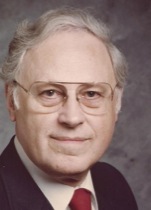 In Remembrance
Warren And Fran
Ruppel
Dedicated To
DoDDS

Warren was born and raised in Sheboygan, WI. He graduated from North High School in sheboygan in 1939 and served in the Army Air Corps from 1941 – 1945. He married Frances Wilson in 1944.

Warren earned degrees from the University of Illinois and taught in Urbana from 1948 – 1954. He then joined DoDDS and was in schools around the world until he retired in 1980. His assignments included Germany, Japan, Hawaii, the Philippines and Washington, D.C.

His first position was as a teacher/assistant principal at Heidelberg High School. He then became principal at Mannheim, Baumholder and Kaiserslautern High Schools. At Karlsruhe he served as the Director of High Schools and then as Coordinator of Special Projects.

Through his dedication to DoDDS, Warren made many personal friends, as well as friends for the DoDDS school system around the world.

Warren and Frances moved to Sarasota, FL in 1988 where they lived for the remainder of their retirement years.