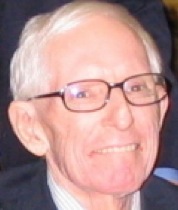 Born in Springfield, MA, Terry attended Springfield Public Schools and graduated from Springfield Technical High School in 1959. He received his Bachelors and Masters degrees in Education from American International College in Springfield and a second Masters in Human Resource Management from Pepperdine University in 1977 while in Iwakuni, Japan/ He taught for six years in Wilbraham, MA, as an elementary teacher and HS Work Study Coordinator.

In 1970 a journey began that he couldn’t have envisioned when he met Jan while they were both vacationing in Puerto Rico over spring break and married later that year. He taught for three years at Ramey AFB in Puerto Rico and two years at MCAS Iwakuni, Japan, before becoming an administrator. His 25 year span as a principal included assignments for the PREP program in Iwakuni, Solars ES in Misawa and Makiminato, Kinser, and Bechtel schools in Okinawa. One of the most challenging tasks for him cam in 1987 closing Makiminato ES/MS and opening the newly built Kinser ES at the same time. In 1993, Terry received the National Distinguished Principal Award representing the District of Okinawa.

In November of 2013, after 13 years of retirement, he received a second honor as he was inducted into the Springfield Public Schools Sports Hall of Fame for his outstanding athletic achievements at Tech HS, most notably as a shortstop in baseball.

Terry retired from DoDDS in 2000 and moved to Parrish, FL, living his dream in River Wilderness Golf and CC where he hopped in his golf cart parked in the garage and was off to the course at the crack of dawn each day.

Terry always felt that his greatest accomplishment was helping students achieve success. A visionary, Terry was very goal oriented and welcomed challenges. He touched many lives along his journey.