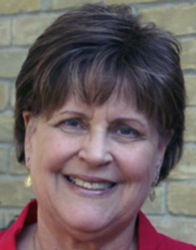 Ruth was born October 27, 1944 in Lampasas, Texas- the sixth of seven children of John and Lucile Rowntree. She earned three education degrees – a BA from Texas Wesleyan College and Masters degrees from East Texas State and Trenton State University.

For 6 years she taught art and PE in Garland, TX. In 1986, Ruth and her husband mixed their love of travel with their education career when they joined DoDDS, Her first assignment was at Boeblingen ES where she taught 2nd and 6th grades. Her leadership and people skills advanced her to become Assistant Principal at Aschaffenburg ES/JHS (Germany), Wuerzburg ES (Germany) and Lester MS in Okinawa. During this time in Okinawa, she was selected as the DoDDS Worldwide Assistant Principal of the Year. Subsequently she became principal of Kadena MS and Kadena HS in Okinawa.

Closing out her DoDDS calling, she became the Principal-in-Residence for the DoDDS-Pacific Region 45 schools, where her â€œget it done” attitude and administrative skills served her well. She then moved to Hawaii to serve as an Education Specialist for the US Pacific Command. She retired in April, 2011, after 25 years of federal government service and 32 years of education service. Ruthe was well respected by her colleagues.

For pleasure, she was an avid reader and traveled in Europe, Asia, and Africa. She enjoyed art and experimented in a variety of mediums. Words to describe her would include: loving/caring/giving, family-oriented, unselfish, creative, athletic, adventuresome and brave.

As an unknown author said… “On your journey through the sands of time… leave tracks”. Ruth left memorable and lasting tracks for those lives she touched.