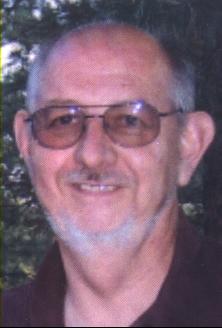 Rolland “Pz” Piazzoni was born in San Diego, California, and earned his BA from San Diego State University and an MA from Michigan State University. His 35 year DoDDS’ career began in 1965 in Kaiserslautern Germany. He also taught at Chofu High School in Japan, Nuremberg HS in Germany, and Woodbridge HS in England. During his last 10 years with DoDDS, he was a computer coordinator for various schools in England. He was passionate about education and introduced many new courses into the curriculum of the schools were he taught. Among these were World of Manufacturing, World of Construction, electronics, graphic arts, and photography.

In 2000, he retired to Colorado Springs where he was active in the local DoDDS organization and maintained a database of former DoDDS teachers living in Colorado. He was treasurer of the Silicon Mountain Macintosh User Group and, in his spare time, he helped his wife clear pine needles from their hillside acreage.

Pz will be remembered for his zest of life, constant curiosity, multitude of stories, extraverted personality, many good deeds, and his love for and pride in his family.