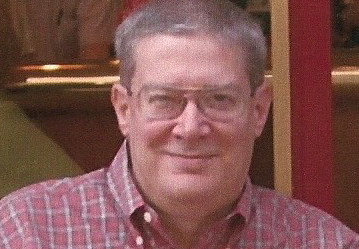 Bob spent much of his first 40 years in the general vicinity of Cincinnati, Ohio (his birthplace) as a student and educator. He attended Mariemont High School, Miami University gaining a BA degree in Latin and Greek in 1969, and the University of Cincinnati where he earned a MEd. in Educational Administration in 1976. As an educator in the same geographical area, he served at 4 different locations, as a teacher of Latin and German, elementary school principal, and assistant superintendent. During this period of his life he married his favorite librarian, Sharyn Goldbach, in 1968. They traveled to West Berlin where Bob worked as a mathematics teacher and assistant principal at the John F. Kennedy school until 1975.

The day that DoDDS hired Bob was a diamond of a day that lasted for 15 years, Bob had so many talents and areas of expertise that he successfully applied to promote the highest quality of education for students enrolled in Germany (Bamberg, Wiesbaden and Garmish), Spain (Torrejon), Italy (Livorno) and at DoDEA Headquarters in Virginia. He wore many hats as elementary teacher, prncipal, Special Projects Administrator, and Information Tchnology Assistant Chief and Chief from 1987 to 2002.

After being diagnosed with Multiple Myeloma in 2002 and taking medical retirement from DoDEA, he volunteered to serve as publisher of the AOSHS Newsletter, a position he held until his death. He is survived by his wife Sharyn,

An outstanding administrator! A teacher of the highest caliber! An exceptional technician! A diligent scholar and linguist! A terrific husband for 43 years! A loyal and steadfast friend! A loving family member! A serious Washington Nationals fan! A man for all seasons!