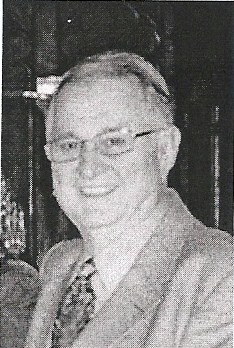 Bob was born in 1935 in Arce (Frosinone) Italy, the son of Domenico and Tomasina Ricci. He died August 1, 2011 in the Veterans Hospital in Palo
Alto, California.

His family moved from Italy to Providence, Rhode Island and then in 1950 to Modesto, California. He graduated from Modesto High School in 1953 and then served two years in the U.S. Army. He earned his B.S. from the University of California Santa Barbara and a Masters from Boston University in 1962. Bob married Marlene Brock of Woodburn, Oregon, who also became a teacher in the DoDDS system.

He spent his teaching career in the Department of Defense Dependent Schools : one year in Ankara, Turkey; five years in Stuttgart, Germany; and 28 years in Vicenza, Itlay – teaching math and science classes. He loved soccer and was a coach of the Vicenza High School team for all of his years there. Bob taught approximately 37,000 classes in a 40 year span and wore a necktie to school every day. Bob also loved photography and always had his own home darkroom to process and print his works.

He was much beloved by his students. Students of all ages were delighted by his backward talking and to day there are hundreds of people around the world who know how to say things backwards because of Bob. (He was always ready with a joke or a funny story.)

He is survived by his wife Marlene and their three children: Monica, Peter and Marisa (all DoDDS graduates) and five grandchildren.