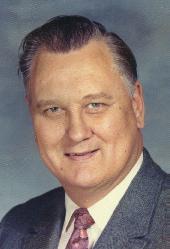 In Loving Memory Of

Robert Platenberg was born in Shelby County, Iowa, August 21, 1921. He received his elementary and secondary education in the public schools at Harlan, Iowa. He entered the U.S. Army in 1942 and served in Australia, New Guinea, and the Philippines until December, 1945. He earned a Bachelor of Science and a Masters Degree in Education from the University of Iowa at Iowa City.

Robert married Dorothy Eileen Gifford in September, 1948 in Omaha, Nebraska. Two children were born in Iowa, Roderick Jay in 1952 and Robin Jayne in 1955.

A daughter, Renata Jacilyn, was born in Heidelberg in August 1965.

Robert moved to Darmstadt in 1967 serving as principal at Darmstadt American School until 1970 when he became principal of the Darmstadt Elementary School. All three children went from kindergarten through high school in the overseas schools.

Robert retired in October 1992 and established residency in Golden, Colorado. He passed away on October 9, 1998.