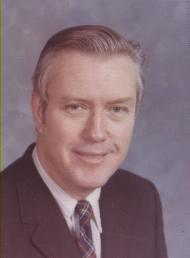 Richard was born in Honolulu, HI, son of Cmdr. John and Louise Strickland. He served for four years in the U.S. Navy during World War II in the Pacific Area.

He earned his BA in philosophy from Loyola University in Los Angeles in 1949, his MA in Educational Administration from the University of Southern California in 1958, and a PhD in sociology from Miami University in Ohio in 1971. His mastery was in K-12 education, and he was well known for his interest in students without regard to nationality, gender, or race.

Richard taught for 4 years in Los Angeles, California, before joining DoDDS. His first overseas assignment was as a 6th grade teacher at Generalissimo ES in Madrid, Spain, in 1955 and the following year taught at Ramstein ES in Germany. For 15 years he was principal at Generalissimo ES and Royal Oaks ES in Madrid and Ramstein ES and Pirmasens ES in Germany. In 1972 he became the Curriculum Coordinator for the North Sea District and in 1977, the Curriculum Coordinator in the Atlantic region. His accomplishments were well recognized and appreciated.

Dick retired in 1991 to Steilacoom, WA. His passions included meeting new people and traveling, including family trips all over Europe and Asia. He passed away of a heart attack on July 9, 2006, while visiting in England. He is survived by his wife Beverly, and their children Andrew, John and Sally and their families.