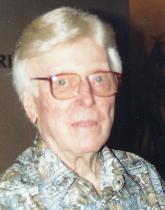 "do Not Follow Where The Path May
Lead, Go Instead Where There Is No
Path And Leave A Trail." Emerson

These Aoshs Members Were In The
First Group Of Educators To Be
Assigned To The Military's Schools
Overseas In 1946. They Left A Well- Marked Trail To Follow.


This Is Dedicated With Our Thanks.

Rex began teaching in grades 4 and 5 in Tarrant Co., TX, and then taught one year of Algebra and Plane Geometry at Mineral Wells, TX. Due to World War II, he entered the Army in 1942 and went in rank from Private to Captain during those four years. He served one year in the Philippine Islands before his discharge in 1946. Upon hearing of the new schools that were to open on military bases overseas, Rex applied to be in the first group to go.

Rex received travel orders on Aug. 23, 1946 to go from Ft. Worth, TX to Frankfurt, Germany via New York City to become part of the first wave of educators to join the new overseas schools. He went via train to NY for $41 one-way. His boat departed Sept 20, arriving in Bremerhaven on Oct. 1. That night he boarded a slow, cold train to Frankfurt, where all teachers waited to learn their assignments. Rex departed Oct. 8 on a slow, cold train to Munich, arriving at a badly bombed-out Bahnhof. The station was a mass of twisted steel and rubble.

The first superintendent in Munich, Walter R. Glick, gave Rex his assignment – teaching all math for grades 7-12 with the additional duty of residing in the Boys’ Dormitory, a twenty-four hour duty day. Rex planned all menus, collected all board money and supervised three German helpers: a cook, a cleaner, and a yard and furnace man.

The school opened October 15 and consisted of two large adjacent houses- one for grades K-8 and the other for grades 9-12. The high school opened with 47 students, but grew rapidly and was short of supplies. Army field tables served as desks; plywood, painted black, was a chalk board; paper was at a premium and students did assignments on paper bags from the commissary; and Army education manuals served as math texts. Munich seniors attended the Dachau War Crimes trials as part of their studies. Sixteen seniors graduated in the first class on July 14, 1947.

The Army requisitioned and repaired an old German school and the Americans moved into that in 1948, leaving the very overcrowded houses. A German elementary school shared the complex, which included a gym and auditorium. Rex asked the custodian to remove some wall decorations on each side of the stage, but underneath were black swastikas; the decorations were immediately put back. The Munich American HS class of ’48 published the first yearbook overseas.

Rex became principal of the school in 1947, and remained in Munich until 1968, overseeing the building of a new school complex which opened in the Perlacher Forest area of Munich in January 1956. By the time Rex left, there were two elementary schools in Munich and the HS had nearly 1200 students.

In 1968 Rex became principal of Frankfurt Junior HS where he oversaw the building of seven new classrooms and a new gym, and enlarged the library for 1150 students. In 1973 he became Supervising Principal at George C. Marshall School in Ankara, Turkey. It was a good assignment, but Rex decided to retire in 1975 after 29 years. Needless to say, over the years he participated in many “firsts” in the DoD overseas schools.

In retirement Rex returned to Fort Worth, TX, where he has volunteered at the Senior Citizens Fair, and at his church.
During the past six years he has worked as a substitute teacher at All Saints Episcopal School in grades 7-12. He notes, “I enjoy working there, and the faculty and students are especially nice to me. I am sure I will continue doing the same starting in August of this year (2001). I still take a trip now and then. I enjoy my dog and just taking it easy at 87 years of age. It’s been, and continues to be, a Great Life.”

The paver honoring Rex and the other early educators can also be viewed by returning to the alpha roster and highlighting The Magnificent Seven.