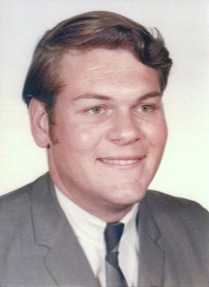 Ray was born on July 26, 1941 and spent most of his life in rural Fairfield Township, Ohio. He was a graduate of Youngstown University with a BS in Education and earned a MS at Kent State University. He taught high school math for 18 years, 13 of which were in DoDDS schools in Landstuhl and Ramstein Germany. Over the course of his teaching career he also taught history and electronics. He remembered his years in the overseas school system fondly and always tried to stay in touch with old friends from those years. He eagerly anticipated each Ramstein reunion and rarely missed one.

Ray left teaching in 1982 and went to work as a radiation technician at the Beaver Valley Power Station. in 1999, he retired from Duquesne Light as a Health Physics associate and Emergency Planner. He enjoyed wood working, gardening, bird watching, fishing and riding his bike. He was a ham radio operator for over 40 years,holding an advanced class license. He was patient and good humored, a natural storyteller and keeper of family lore. He believed in the importance of service to community and volunteered with local ham clubs and Habitat for Humanity.

Ray died quietly at his home on February 27, 2011, after a long, brave struggle with cancer. He is survived by his loving wife Kathleen, whom he married October 15, 1968, and his daughter Heather and her husband Steven Bone.