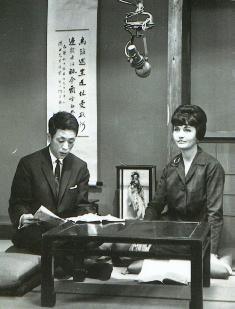 INCOMPARABLE-is the only word to describe my tenure abroad with DoDDS.

From the piloting of the ESL(Total Emersion) Program at Yoyogi Elementary School, the opportunity to be a co-host for NHK-TV, Tokyo, to the splendor of viewing the sunrise from atop Mr. Fuji-the Asian experience was a glorious one.

In Europe, the serene beauty of the chateau region of France, the delectable menu of musical performances from which to choose in Deutschland and the chance to travel and mingle with fascinating people from a myriad of cultural backgrounds was hypnotic, to say the least.

The relaxing environs of Puerto Rico allowed me to be refreshed by warm tropical breezes, enjoy the varied flora and fauna of the island as well as witness my own private ‘whale parade’ from the sandy shoreline.

Following my return to my home state of Rhode Island, I married, raised a daughter and a son and became an enthusiastic community volunteer. I served a six year term as a member of the Scituate School Committee and a two year term in the Rhode Island House of Representatives. As a woman in politics, the highlight of this experience was an invitation to a luncheon at the White House with President and Mrs. Reagan. This momentous occasion included a series of political briefings on major political initiatives. The President, members of his cabinet and other senior administration officials were featured speakers.