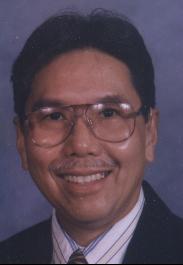 I began my DoDDS teaching experience in Subic Bar, Philippines, in the fall of 1968 and was assigned to George Dewey High School and Kalayaan and Binictican Elementary Schools. Although my stay was cut short due to health concerns, a music program was beginning to expand at the high school with the formation of a student named choral group, the Admiral’s Crew. Highlights of that year included the invitation to present an elementary music seminar at Clark AB and another invitation to present a view of elementary music at Holy Family Academy in Angeles City.

I re-entered DoDDS in 1990 after years of being a caregiver to my aging parents, one of who went blind at the age of 72. I was selected by an interview team to teach music in Japan at Matthew C, Perry Elementary/High School. Highlights of those years included an expansion of the chorus with the administration granting permission to combine drama and music. Ken Thomas and I presented “The Wizard of Oz” in 1991 followed by “Once Upon a Mattress” in 1992. We were planning on presenting “Hello Dolly” before our transfers in 1993. Another highlight was an increase in the band that performed on base, in Hiroshima at Allpark Mall, and at Waki Junior High School. The chorus received an invitation from the US Embassy to perform with the Tokyo NHS Children’s chorus on the island of Shikoku, initiating the American Youth Choral Festival with Darby ES and providing monthly PTO programs.

At Cummings ES, I initiated the 3rd grade Choral Festival with Sollars ES, introduced Faculty Follies to promote staff talent, exchanged programs with the Misawa Children’s Chorus and St. Ursuline Academy, and provided entertainment for residents at the Harugaoka Home for the aged.

After my retirement from DoDDS in 2001, I returned to my hometown of Junction City, KS, re-established residency in my parents’ home and was invited to direct a choral group of senior citizens called “the Troubadours of Junction City,” ages ranging from 62 to 89 and in existence since 1980. The group of 24 prepares three programs of music per choral season–one in the Fall, at Christmas, and in the Spring. The Troubadours of JC perform on a regular basis at local nursing homes; senior citizens apartment complexes; senior center; public and private schools; for clubs, organizations, and auxiliaries; and on occasion for a wedding or funeral.

I’m also an independent contractor for the Office of the Command Chaplain at a military chapel on an army post adjacent to JC, providing music services for Catholic Masses on weekends and maintain a small choir with instrumentalists at the Sunday service.

I recently joined the Father Kapaun Knights of Columbus, serve as advisor for the Phil-Am Association, and am a charter member of the JC Sundowners Lions Club currently serving as secretary and am a Melvin Jones Fellow with Lions International.

Fun time for me has always been playing cards, pinochle specifically, and on occasion progressive rummy or mah jong. I occasionally get on my bike for exercise, but prefer doing a variety of movements with barbells while watching TV in the evening.

Yes, “life after DoDDS” is good and God-centered as I continue to live the gospel life as a member of St. Elizabeth Fraternity of Kansas City of the Secular Franciscan Order or SFO.