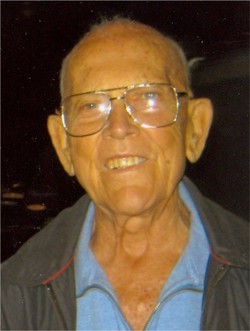 A Good Man
A Friend For
Life.

Lloyd grew up in Buxton, ND and attended Mayville State Teachers’ College, North Dakota, where he graduated in 1954 with a degree in Education.

During the Korean Conflict, Lloyd enlisted in the U. S. Army where he served as a personnel clerk and was stationed in Tokyo, Japan for most of his military service. After his return from the military, Lloyd resumed his teaching career and In 1958, entered into the overseas teaching program working as an educator of the U.S. Department of Defense. For the next 33 years, he taught 4 – 6th grade in Morocco , the Phiillipines , Germany, Denmark, Norway, Italy, Turkey, Ethiopia and Korea. His career culminated in 1991 at Subic Bay, the Philippines when Mt. Pinatubo erupted, causing the military bases to close.

He returned stateside to Scottsdale, AZ and it was at this time Lloyd began what would become another exciting and enjoyable career. He accepted a position with Special Services connected with athletic and entertainment events at venues in downtown Phoenix. Such events included ushering for the Phoenix Suns, the Arizona Diamond Backs, the Phoenix Coyotes, the Road Runners arena football, the Mercury Women’s basketball, major league wrestling and numerous entertainment happenings – such as national ice shows, circuses, conferences, major international and national touring artists and attractions. During the next 16 years, Lloyd provided ushering services at over 5000 Phoenix events.

Lloyd returned to his home state of North Dakota on February 2, 2012 where he settled into the community of Wheatland Terraces. He passed away February 26, 2012.