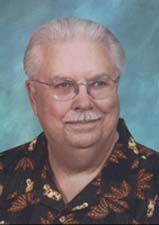 Leon was born in Victoria, Texas. He met his future wife Glenda at age 14, and they became junior high sweethearts who later enjoyed 44 years of marriage.

Leon had a wonderful career with DoDDS where he served 25 years as teacher, coach and administrator in Japan and Korea. As a coach and teacher at Johnson HS, and later Zama HS, he touched the lives of thousands of students. His love of children was evident by his long hours coaching football and track teams to numerous championships. He completed his DoDDS career as an Assistant Principal at Seoul American High School from 1985 – 1994.

Upon retiring from DoDDS, Leon returned to Texas and became principal of Como-Pickton HS and later Refugio Middle School. He was a true educator, and his legacy will live on in the many lives he touched.

In the last few years, Leon and Glenda lived at their beloved Yellow Creed Ranch in Texas. It was, for Leon, a wonderful, peaceful place where he enjoyed being with his wife, reading, and visits from his children and grandchildren. He passed away after a courageous battle with cancer.