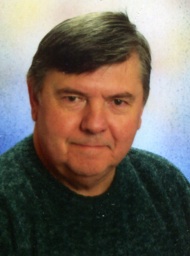 Placed On 'those No Longer With Us'

John was born in Concord, NH and received his BA in education from Keene State College. Other degrees include a masters (1968) and a doctorate (1973) from the University of Southern California.

In 1965, John started teaching with DoDDS in the Azores and later transferred to Germany where he was a teacher, administrator, and labor-management relations consultant. He retired from DoDDS in 1992.

He served as a Lance Corporal with the Marine Corps Reserve. Upon his transfer to Germany, he became active with the US Army Reserve, serving many tours of active duty in Germany as well as other countries. As a graduate of the US Army Command and General Staff College, he later participated in seminars with the US Army War College. He retired as a Lieutenant Colonel after positions in major commands , including Deputy Chief of Staff, Personnel, and Inspector General. His last command as with the US Army Berlin Brigade as the Berlin Wall came down. He was awarded the Legion of Merit for his work in Berlin.

Following retirement from his previous careers, he served as Senior Lecturer at the University of Kiev, Ukraine in the area of Constitutional Law Reform. He worked as a contractor to the US Army in Sarajevo on five occasions, Kosovo twice, one tour in Saudi Arabia and two tours in Afghanistan.

John lost his battle with cancer on February 1, 2010. He is survived by his wife of 42 years, Heidemarie Degen Shurtleff, their two daughters and a granddaughter.