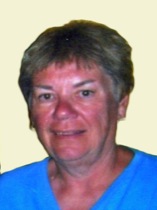 Joan Dawn Anderson was born in Storm Lake, Iowa, and raised in Madison, South Dakota where she attended elementary and high school. While in high school, Joan was a member of the Madison High School Band which led to her lifetime love of music. She was a life-long music learner, participating in the Flandreau Community Band and church music groups during her retirement.

In 1967, Joan graduated from the University of South Dakota with a major in math education. She taught in Gibbon, MN before accepting a math teaching position with DoDDS schools in Guam and later Heidelberg HS and Mannheim HS. Joan gained an advanced degree in school administration and became the assistant principal at Karlsruhe High School in 1986. In 1989 she accepted a position in the UK DSO at the Business Manager and assistant to the superintendent.

While overseas, Joan traveled extensively. She enjoyed learning about other cultures, sampling the cuisines (including the beers!), and meeting new people. While in Germany, she was an avid “Volksmarcher”, touring the German countryside every weekend.

Joan moved back to the Madison area in 2006. She continued her interests including PDK, golf, following all high school sports and music activites, listening to music, especially Barbra Streisand, traveling with her USD Chi Omega sisters, and cheering on her beloved Green Bay Packers.