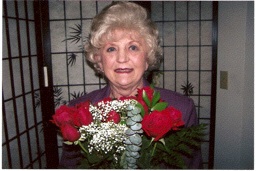 Janet Lawhead Hinch of Miramar Beach, Florida passed away January 24, 2008, at her residence with family at her side. Mrs. Hinch was born March 3, 1937 to the late Russell and Edna Lawhead in Adrian, Michigan. Janet graduated from Tecumseh Michigan High School and Olivet Nazarene University where she earned her degree in Elementary Education. She taught school two years in Battle Creek, Michigan before accepting a teaching position with the Department of Defense Dependents’ School overseas, (DoDDS) where she remained employed for 32 years. Mrs. Hinch taught in England, Germany, Japan, the Philippines, Korea and Okinawa. She was a loving, caring and supportive wife and mother, a caregiver to her mother-in-law who lived with them overseas the last 17 years of her life. Janet was a full time teacher and a student who loved learning, especially history. She attended university graduate classes offered by Michigan State University in the Philippines, Okinawa, Japan and Singapore earning a Master’s Degree in Education. She also completed graduate studies at University of Santo Tomas, Manila, Philippines, University of Utah and Inter-American University, Saltillo, Mexico. Wherever Mrs. Hinch lived, she found ways to provide service to her community. In England she was involved in nursing home ministry; in Germany and the Philippines she taught Sunday School; in Korea she volunteered in an infant orphanage; in the Philippines she organized women in the Base Chapel to sew clothes for the leper colony and a local orphanage, and in Okinawa she organized the first support group for breast cancer survivors. After retiring from Okinawa to Miramar Beach in 1993, Mrs Hinch for many years delivered Meals on Wheels and volunteered on the Crisis Line. She served as publicity chairperson for the Destin United Methodist Church as well as organized a pictorial church directory, facilitated an eight week seminar (Peace from Pieces) for children whose parents were divorcing. Jan was actively involved with the women in the UMW in the making and selling of jewelry, the proceeds of which went to missions locally in the U.S. and overseas. With the help of donations, she organized a group of women who put together chemotherapy bags which were supplied to oncology offices in Crestview, Ft. Walton Beach and Destin, Florida to be given to first time patients receiving chemotherapy. This same group also assembled each spring, 100 chemo bags for the Light House Ministry, a respite camp for families whose children are receiving chemotherapy. For two years, while in Japan, Jan studied Ikebana, the art of Japanese floral arranging, and she participated in many floral shows. Mrs. Hinch believed that knowledge was to be shared. Thus she freely shared her knowledge of stamping, card making, scrap-booking, and chocolate making with several church groups and countless others.

Jan always made an effort to introduce and include newcomers to groups and organizations where they might feel comfortable and thrive. Her deep faith in God drove her to a life of service. This faith provided the courage she displayed as she encountered challenges throughout her life. She will be long remembered and deeply missed.