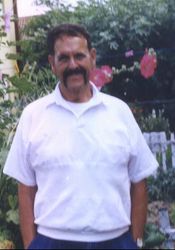 The city of Louisville is Stewart Williams’ birth place. His musical life began at the age of six when he started the study of the piano. At seven, Stewart joined the men and boys choir at the family church, the Episcopal Church of the Advent. He sang in the choir at Advent until he joined the navy one month before his 18th birthday. Two days after high school graduation, Stewart departed for Green Bay, Wisconsin for boot camp training. Five months later Stewart was assigned to the navy destroyer, U.S.S. John A. Bole (DD755). He had the choice of being a radioman, sonar man, or a Yeoman. He choose the latter. The Bole was his home for a year and a half. During those years the Bole traveled through the Panama Canal, and on to Hawaii, Philippines, Okinawa, China and Japan.
After his discharge, Stewart entered the University of Louisville School of Music and was awarded both a Bachelor of Music and a Master of Music Education degree. For five summers of study, Stewart attended Spalding University, Louisville, Ky., and earned a Master of Arts degree, Media/Library Science. At the University of Maryland, overseas campus, he earned an associate degree in social studies.”

In the spring of 1968, Stewart heard an announcement over the radio that teachers were needed for dependent schools overseas. From that moment on, his life took the road less traveled by. He applied the following day and was accepted for the 1968 school year to teach in Germany. After resigning his position at Seneca, it was discovered that his overseas assignment was not until the following year. Fortunately, he found a school in Indiana that had an opening for a band/choral director. Since his training was primarily in vocal music, it was to his advantage that he have experience in both areas, since his first assignment in DoDDS at Forrest Sherman High School in Naples, Italy, was for such a director.

One of Stewart’s greatest moments happened in December, 1971, when he was directing a chorus comprised of his students, American and Italian singers, and instrumentalists from the San Carlo Opera House of Naples in a performance of Handel’s Messiah. The occasion was the dedication of the Italian church of San Guiseppe in Naples and Stewart had been chosen to sing the bass solos. Due to an illness of the Italian conductor, he also conducted the performance. Thereafter, he was appointed to the Advisory Board of the National Modern Music Society where he served for ten years.

Stewart became a Mason at the George Washington Lodge (585) on the Base in Vicenza, and advanced to a Master Mason at the Italian Lodge in Verona, Italy. In 1986, he was professed in the Third Order of St. Francis in St. Augustine’s Anglican Church in Wiesbaden, Germany.

While teaching in Butzbach, Germany, Stewart received a letter from Mrs. Richard Tucker, the wife of the famous tenor, in which she congratulated him on his accomplishment in teaching the Metropolitan singer, John Carpenter, a former student at Seneca High School. His students in Butzbach were awarded a total of 23 first places at the annual DoDDS Media Fests. One entry was a video, 6 Minutes, designed after the format of NBC’s 60 Minutes. the video was sent to Diane Sawyer, an acquaintance and former chorus member at Seneca. Upon Stewart’s retirement, he received a letter from Diane with the comments “Interesting life and paths, indeed. Best on the return to Louisville”.

Upon retirement in 1999, Stewart settled in Jeffersontown, KY, where he wrote his book Echoes: Remembering Friends, Places and Music, Europe and Asia, 1969 – 2005.