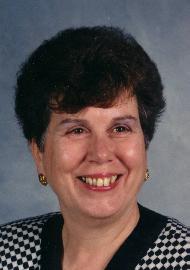 Service To Children As
Teacher And Principal
In
Canada, England, Germany,
Italy, The Netherlands,
The Philippines

Helen Kay Galloway was recalled to duty and assumed the post of principal at Naples American HS, located at Naples (Gricignano di Aversa), Italy on November 15, 1999. Prior to this date she had retired on September 3, 1998 following the completion of 32 school years with DoDDS.

Ms. Galloway earned her BA degree with a major in History and minor in Secondary Education from the University of Massachusetts. She earned her ME from Salem (Mass) State College. Additional postgraduate and doctoral courses in school administration and curriculum development were completed at the U. of Southern California, U. of Maryland, U. of San Diego, Ball State U., U. of New Hampshire, Indiana U., Nova U., Boston U., Trinity College, and Goddard College.