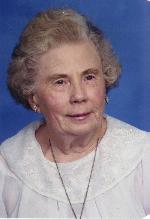 Helen was born on May 24, 1932 in Janesville, WI, where she graduated from Janesville High School in the class of 1950. She then attended the University of Wisconsin at LaCrosse, graduating in 1954 with a B.S. degree in Physical Education and Science. Her first teaching experience was in Evansville, WI from 1954-57. Helen taught all levels of girls’ physical education and one class of ninth grade general science at the high school.

Helen began her overseas adventure in 1957 when she joined the DoD system to teach physical education at Yokohama HS in Japan. She went on to teach physical education at Nurnberg HS, Germany in 1959 and at Karlruhe HS, Germany in 1961, where she also taught one section of Science 7 and one section of Science 8. During this time Helen was attending summer school at New York University in Manhattan to pursue a degree in secondary counseling. She earned her M.A. in August of 1964.

After four years at Karlsruhe HS, in 1966 Helen was selected as a counselor at Stuttgart American HS. After one year, she transferred to Kaiserslautern HS and served as senior class counselor for three years and sophomore class counselor her final year there. During this time, Helen was an active member of the American Association for Counselors in Europe, attending many weekend meetings. She was selected to represent all DoDDS counselors under the General Electric Guidance Fellowship Program. Helen attended the six week summer program at Boston University in 1968. It proved to be a concentrated program on helping students with careers. She continued taking courses with Boston University when they began offering these courses in Europe. In 1971 she earned a sixth year Certificate of Advanced Graduate Study in Counseling at the graduation ceremony at Heidelberg Castle.

By this time Helen had transferred to Lakenheath Jr. HS in England, where she worked from 1970-72. In 1972 she returned to Germany as counselor at Hanau Jr. HS. At this time, high school students in Hanau were bused to Frankfurt American High School. After almost two years of construction, the new Hanau High School began classes in 1975.

Helen spent the next 25 years as one of the counselors at Hanau HS. With the dismantling of the Berlin wall and the reunification of Germany the military role changed, with many units being returned to the U.S. This had a great effect on the school population and by 1993-94, Helen was the only counselor remaining at the high school. She retired in 1997 and returned to Janesville.

Helen enjoyed helping the many students to be successful in their daily lives and help each one move on to higher education, the military service, and/or work. Working for DoDDS had many rewarding experiences and helped make a wonderful and enjoyable life.