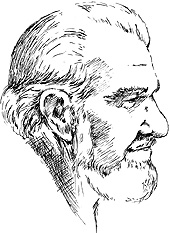 Mike was born on June 4, 1927 in Bonanza, Oregon, the youngest son in a family of 11 children, to Earl Byers and Hazel Burkhart Brown. Upon discharge from the U.S. Navy, he entered Southern Oregon College and earned his bachelor’s degree. He and Ruth were married in Ashland, Oregon, and Michele Ruth was born in August 1955. Michael John was born in Redding, CA in June 1957. His family was blessed with the arrival of Michiro Jay in Japan in 1969.

A believer in education throughout his lifetime, Mike went on to earn his master’s degree from the University of Oregon and his Ph.D. from Oregon State University. Mike’s first overseas assignment was for the government of Guam at Mong Mong Elementary School from August 1957 to June 1959. In 1959 he entered DoDDS and was assigned the 8th grade at Washington Heights Elementary School in Tokyo, Japan. Two years later, he became principal of Drake Middle School, then of Yokota West Elementary. In 1970 he was promoted to Assistant Superintendent of Instruction for Japan and Korea.

He became Superintendent of Okinawa in 1973. Three years later he and Don Grant switched jobs, with Mike and family moving to the Philippines. He joined the Far East contingent that moved with Dr. Joseph Blackstead to Germany in 1979, where Mike was Director of the Curriculum Division for DoDDS Germany-North. In 1981 he became Dean of Panama Canal College, where he remained until retirement in 1988.

Mike is survived by his wife of 48 years, Ruth Johnson Brown, daughter Michele, son Michael and daughter-in-law Jane, son Michiro and daughter-in-law Winsome, and grandchildren Marie, Jacqueline & Elliot. A devoted husband and father, Mike was an innovative educator, a gentle and caring human being, who loved to see children learn. Colleagues remember Mike as continually striving to expand his knowledge and expertise and, at the same time, encouraging others to do the same. His friendly manner made people comfortable because they sensed his sincerity. He could be tough, but he also allowed those under his supervision to grow through their mistakes.

The sketch of Mike that accompanies this biography was done by his son Michiro Jay.