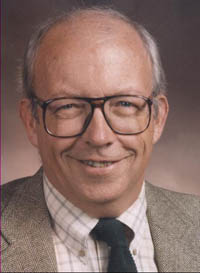 Born in Seattle, Washington, Gary graduated from Ballard HS and received his BA in German from the University of Washington. He served four years in the US Air Force attending the Army Language School in Monterey studying Russian. He was stationed in Hokaido, Japan, and was honorably discharged at Montauk Point AFB in 1957.

It was there that he bought his first Alfa sports car and joined summer stock thus beginning a life long love of these two hobbies.

In 1958 he made a summer visit to Germany and met his wife Annie, an Army brat attending the University of Maryland in Munich. They married in the summer of 1959 in Kaiserslautern after attending a summer school for German language and culture in Salzburg.

After graduating from UW in 1961 and teaching social studies at Federal Way HS in Washington, Gary moved to Eugene, Oregon, where he received his MA and ABD in counseling psychology.

Retirement brought him back to Florence, Oregon, where he was active in community theater, the chamber of commerce, and support groups for the Women’s Center. He opened a used book and auto memorabilia shop called Mysteries and Motor Cars.