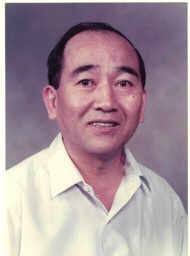 Fred Nakagawa, a career educator with the DOD Schools, died on December 5, 2008 in his native city of Seattle, Washington. He was eighty-eight years old.

Fred began his DOD assignment in 1962 at Heidelberg, Germany. After two years, he transferred to Japan where he taught for 24 years. He was based in the Tokyo area and taught at Grant Heights, Tachikawa, and Yokota.

Fred was fluent in Japanese, which he learned as a child. Consequently, his extensive experiences, acquired during his years with the DOD schools, produced a rare understanding of the complex Japanese culture. Fred generously provided translations and shared these many experiences with students, parents, and countless fellow teachers in the DOD schools. In addition, he was an activist in his long support of teachers’ rights and the advancement of minority rights.

While teaching in Japan, Fred developed an innovative math program for his students by introducing the soroban (abacus), which was commonly used in Japanese schools. He received the distinction of being the first foreign teacher certified by a prestigious Japanese soroban organization. Fred’s leisure time included not only travel and helping his many friends, but also building model airplanes, sumo, and the opera.

In 1988, Fred retired in Seattle, Washington to be near his extensive family. His parents, who emigrated from Hiroshima in the early 1920s, raised him and eleven other siblings on a farm in the Seattle area before World War II began. During the war, Fred as a young adult and his family were sent to three internment camps. They included two current National Historic Landmarks that honor the national significance of the Japanese American experience– Tule Lake in California (2006) and Heart Mountain in Wyoming (2007).

While at Heart Mountain, Fred was drafted into the Army. From 1945 to 1946, he served in Europe as part of the United States’ effort in helping Europe to recover from the war. After teaching in Chicago for a few years, Fred returned to Europe and began his career with the DOD Schools. Fred and his family’s experiences have been documented in a 2004 book “The Cross on Castle Rock” written by his brother George Nakagawa.