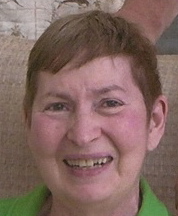 Cheryl grew up in Oshkosh, Wisconsin and earned her Bachelor and Master of Education degrees from the University of Wisconsin at Oshkosh. She taught two years in Germantown, Illinois and then started her DoDDS career in 1968 at Clark Air Base in the Philippines. A year later she transferred to Schweinfurt, Germany as the librarian and it was there that she met and married her husband Jerry. In 1971 she moved to Rhein Main Elementary school and was the librarian and media specialist until her retirement in 1995. During her career at Rhein Main, Cheryl had the responsibility of designing the library for the new elementary school.

After her retirement, Cheryl and Jerry moved to Orlando, Florida where Cheryl worked for two years and again had the opportunity to design a new elementary school library. After she completed her library career, she continued to enjoy reading, became active in the local garden club and volunteered at the community wildlife park. In 2002, Cheryl and Jerry moved to the new home that they had built in Homosassa, Florida.

Throughout her career, Cheryl touched the lives of countless students and faculty members with her gentle, easy-going and cooperative manner. She developed a wide network of longtime friends all over the DoDDS system.

The Griffins regularly attended DoDDS reunions for over a dozen years. Cheryl was an inspiration as she continued to share her strength and warm laughter with reunion friends throughout her three and a half year battle with brain cancer.