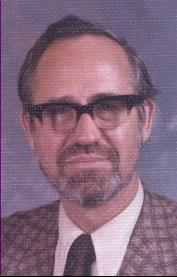 Korean War Silver Star Recipient
Father Of 3, Teacher Of 38 Years
Teachers' Benefactor, Oea Director
From His Book
"the Law That Wouldn't Die"
He Wrote:
"to Have Been A Participant
In The Struggle Of The Overseas
Teachers Which Restored Life
To Public Law 86-91 Is One Of
The Highlights In My Life.
Often I Think With Pride Of Those
Idealistic Men And Women Who
Served Their Country Well."

Cecil Driver, a loyal Virginian, grew up in Brink but retired in Blackburg. He was drafted by the military while at Wake Forest College, but returned later to earn a Bachelors Degree. He received his Masters Degree at the University of Michigan and a doctorate at the University of Southern California. He and his Scottish wife had 3 children.

His military life was in the Philippines and Japan where he was part of General MacArthur’s Honor Guard. He also served in the Korean War where he was awarded the Silver Star for capturing “Old Baldy” by cleverly using his helmet over a foxhole to attract fire. Hand grenades then sent the North Koreans scurrying down the other side of the mountain. Later that night, Sgt. Driver suffered wounds to his right leg.

Cecil’s 38 years of teaching with DoDDS took him to Germany, France, England, and Norway. During this time he held various positions with OEA: Building Representative, Chairman of the Legislative Commmittee, President of OEA, Executive Secretary and OEA Director.

In retirement he wrote “The Law That Would Not Die”- a history of his instrumental role in securing a more equitable salary scale for DoDDS teachers and the resolution of the back pay issue that had been under debate for 15 years. He will be remembered with gratitude for his efforts on behalf of all DoDDS teachers.